With the mind of a scientist and the heart of a poet, we embark on a journey into the realm of water.

A journey that will take us from Viktor Schauberger’s unconventional river restoration to D’Arcy Thompson‘s ink droplets that mimic water-living species (or is it the opposite?), from the self-organization of sand-water rolls at a beach to the reflections of an autumn pond, in our quest for water’s secrets.

We will visit Russian scientists that search for the effects of consciousness on water, listen to a true fairytale from a land down under, and reflect on this mysterious substance – water.

In “Water Calendar 2013 – a journey into the Mysteries of Water”, we meet Viktor Schauberger’s unconventional river restoration and timber floating, flowforms, self-organization and flow patterns of water, water and climate change, the role of water in biodynamic agriculture, reflections on water quality, ice images of different kinds of water, research on the effects of consciousness on water, research on excess energy from water, and more.

A survey of “out of the box” research on water, written in an inspiring language accessible for the general reader.

Excerpts and sample pages from the calendar

Here you can read some brief excepts from “Water Calendar 2013 – a journey into the Mysteries of Water”.

“Morning mist is rolling in from the shore, the remnants of a rainy summer night. Elusive, yet being so close that one can nearly touch it. The sun finally breaks through, clearing up the mist into vapour, and it is gone, the remembrance of the night’s thunderstorm. Mist, the symbol of the unclear, the undiscovered, out of which discovery is born. Does it still hold any mysteries? …“ 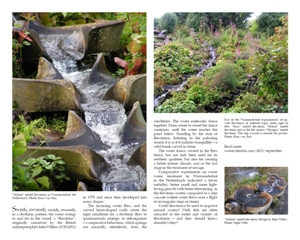 “Swish, swoosh, swish, swoosh, in a rhythmic pattern, the water swings to and fro in the vessel, a “flowform”, originally conceived by the British anthroposophist John Wilkes (1930-2011) in 1970 and since then developed into many shapes.

The incoming water flow, and the curved heart-shaped walls create the right conditions for a rhythmic flow to spontaneously emerge, to self-organize – a cooperative behaviour, which springs out naturally, effortlessly, from the conditions. The water molecules dance together…“ 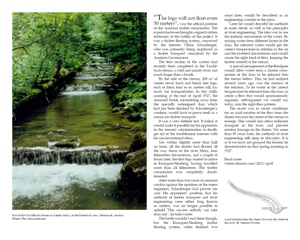 The first section of the system had recently been completed in the Taschlbach stream, a wild and unruly river, not much larger than a brook. — In this chilly morning at the end of April 1927, the untamed brook, meandering away from the specially redesigned dam which had just been finished by Schauberger’s workers, would have to prove itself as a means for timber transport …“ 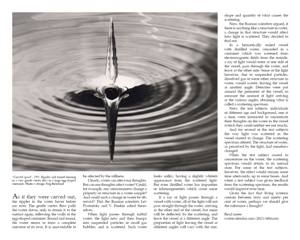 “As if they were carved out, the ripples in the water hover before my eyes. The gentle vortex flow pulls the water down, only to return it to the surface again, following the walls of the egg-shaped container. Round and round, the water seems to form a complete universe of its own. It is unavoidable to be affected by the stillness.

Clearly, water can affect our thoughts. But can our thoughts affect water? Could, for example, our consciousness change a property or structure in a water sample? And could such a change in water be observed? …“

Order Water Calendar 2013 and join the journey into the Mysteries of Water.